As the leaves fall and Autumn bids goodbye while Winter slowly introduces itself again, I am reminded of the excitement I had when I was told I would finally go to Canada and be reunited with my family in 2012. You see, that time, it was October and it was getting colder in Iloilo because the months were approaching December. I had the ‘go signal’ from my parents, my PR card and ticket were ready, I was ready to go, but my flight isn’t until December. Much like now, cold as it is, there was a feeling of excitement as the holidays come in but there was also a feeling of anxiety since it will be for sure one heck of a winter, and that means uncertainty, dark days and storms.

When I stepped into the land of Canada on December 8, 2012. I was a lost 19 year old college dropout from a prestigious university in our city. I was so frustrated with myself since I was always an overachiever ever since in high school. You would see me in extracurricular activities and as well as excel in the academics too. But all that changed in nursing college, where I, for the first time in my life was introduced to uncertainty and stress. My family moved to Canada first and I was left to finish my nursing course in hopes of having a successful career as a nurse abroad. But the Lord had different plans.

I was a naive little social butterfly when I was younger. I would be in parties, groups, barkadas and all that jazz you name it. When I came here, I was no one, so I got depressed. I would find things to do and so-called “friends” (who became lessons learned) that would compensate my life back in Iloilo. I won’t lie, I did wrong things just so I could please others and so that I could retain my status as this “popular girl” back in university. It broke me. So I got depressed. Long story short, I developed anxiety which had me confined in a hospital during one of my very first anxiety attacks in 2015.

Needless to say, my years here in this once was foreign to me country were like a roller coaster ride that I don’t dread it because all of the experience were worth it. Some people would ask me sometimes about my life here. And if I could leave you guys advice on how to live life to the fullest here in Canada, it would be these three:

Coming from a city where everybody knew each other, this was a struggle for me. People in my area knew who I was because growing up, my grandmother was the principal of the elementary school in a well-known university in our province and she is active in our church. So naturally when I was growing up, not to be proud, but I was a bit spoon-fed all my life since people would do things for me since I was “the granddaughter of Mrs. Padernilla.” Also, my family weren’t that wealthy but my dad had a high paying job and we were provided with our needs and our wants, which made me a bit sheltered as a child. I had no experience whatsoever on how to “diskarte” in life because everything was laid out to me. When I came here, I had to learn – how to do everything because we started from scratch. How to cook, clean, ride the bus, be independent and most times, be alone. I learned how to embrace change when the going got tough. Which I guess was a long time, but it’s okay. As long as you are willing to embrace change, you’ll be okay.

Remember when I mentioned that I was looking for so-called “friends” to help me move on my previous life in Iloilo? Well, I never realized those true friends who got your back were in my church until 6 years after. I sometimes wish I could have taken seriously being active in church when I first came here, that way I would have evaded some unruly experiences that up to now still haunt me. I was a lost sheep back then, it’s because of my lifestyle in Iloilo where I was happy-go-lucky. When I came here I was yearning for something similar to my lifestyle there – parties, drinking and having a close circle of friends. I didn’t realize that this life was not about me at all, it’s all about God. Last year, in 2018, I was able to renew my love for Christ when I joined life group in our church again. I attended conferences, became a bit more active in ministry and eventually now, I am active in church! Hallelujah! My life turned around as I was going back to the Lord. Blessings after blessings manifested and I can’t thank God enough for these. The church really is something you should consider being a part of when you are starting in a new place to live. Community is important because of, not only a sense of belonging, but when you are with the family of God, everything just seems to be better. It’s proven and tested.

Back at home, I would always be surrounded by friends. If not friends, then family. Everybody in that small city almost already know each other so it’s easy to make friends because of connections. Here, you learn to be alone.

But that doesn’t have to be a problem. I learned the art of being alone when I came here. I would always be going to restaurants, events or even sight-see with just me, myself and I. And it’s perfectly okay. Being alone lets you get in tune with yourself, especially when you joyride the bus and listen to a music or podcast. You get to be a tourist in your own city when you explore what your city has to offer, in my case, Toronto has a lot of things to do so I would always never run out of activities. They say it’s pretty boring when you’re alone. I say, it’s fine because some days you are with others and some days it’s just you. Not all the time people will be there for you because they are also living their lives. We just have to accept it. One thing I love about being alone sometimes is that I can be in tune with God without the noise of the world. I can go wander around the city reading a book or listen to a podcast and internalize The Word. It’s a wonderful thing, being alone sometimes. It’s actually liberating because you’re learning how to be independent. And it’s not lonely as you think it is.

There you go, three things I would advice when living here in Canada, especially in Toronto. I hope you guys have gotten something out from my write up. Feel free to comment or message me if you have any questions at all.

Thank you and catch you on the flipside! 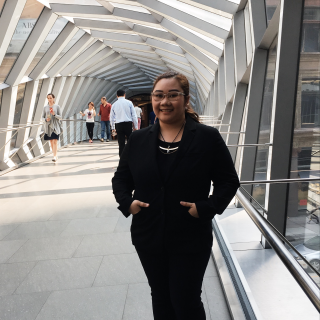